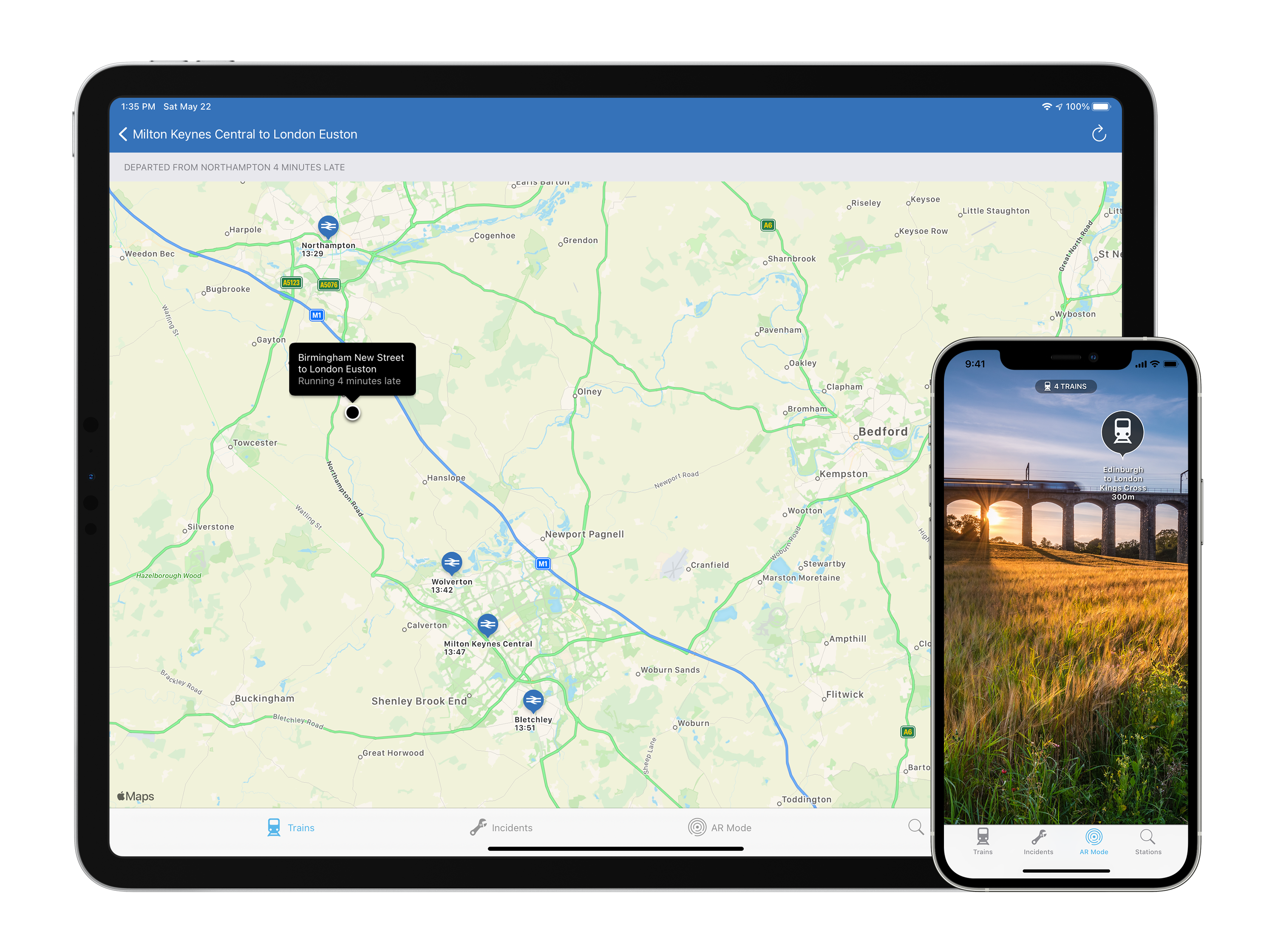 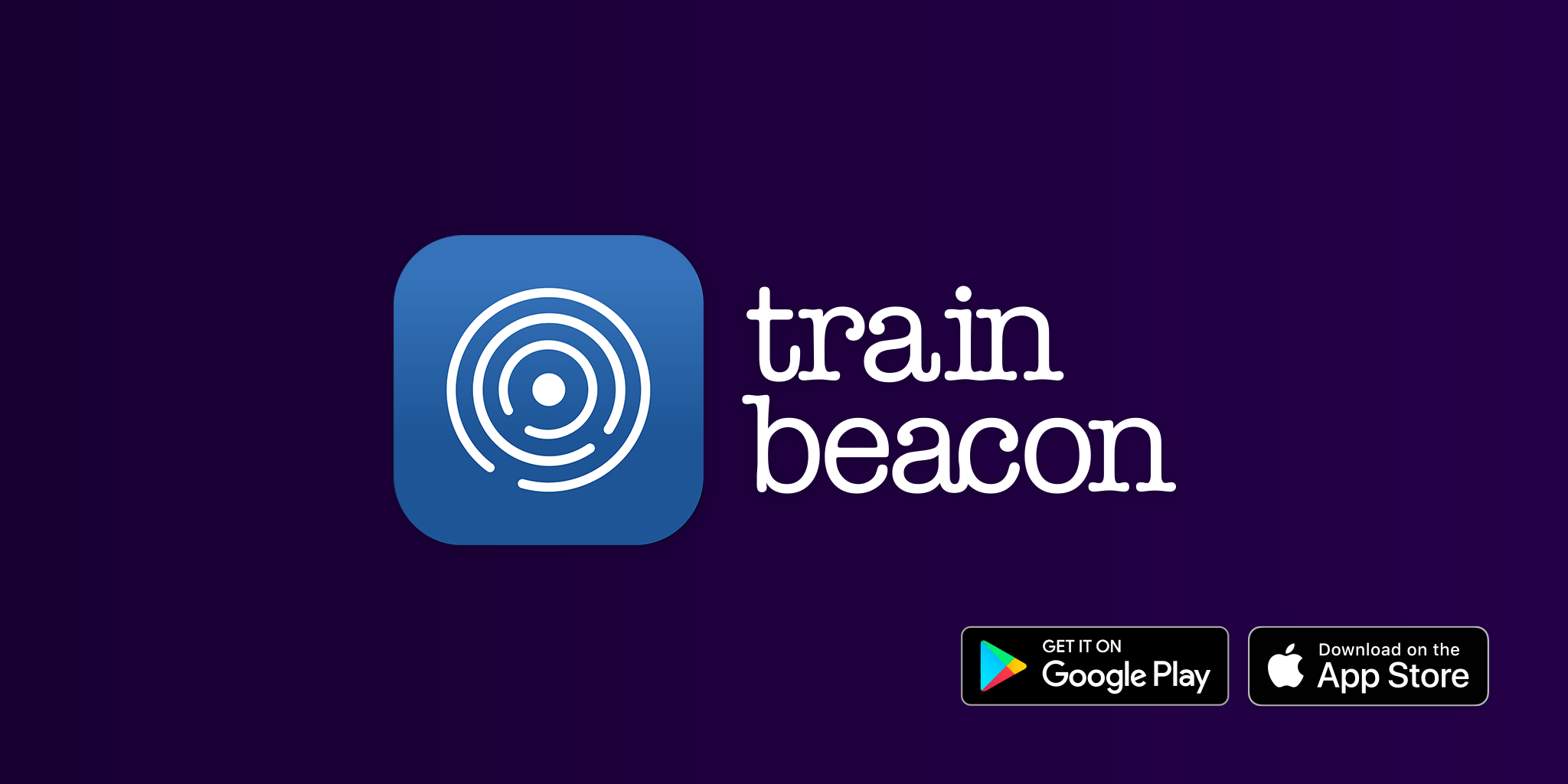 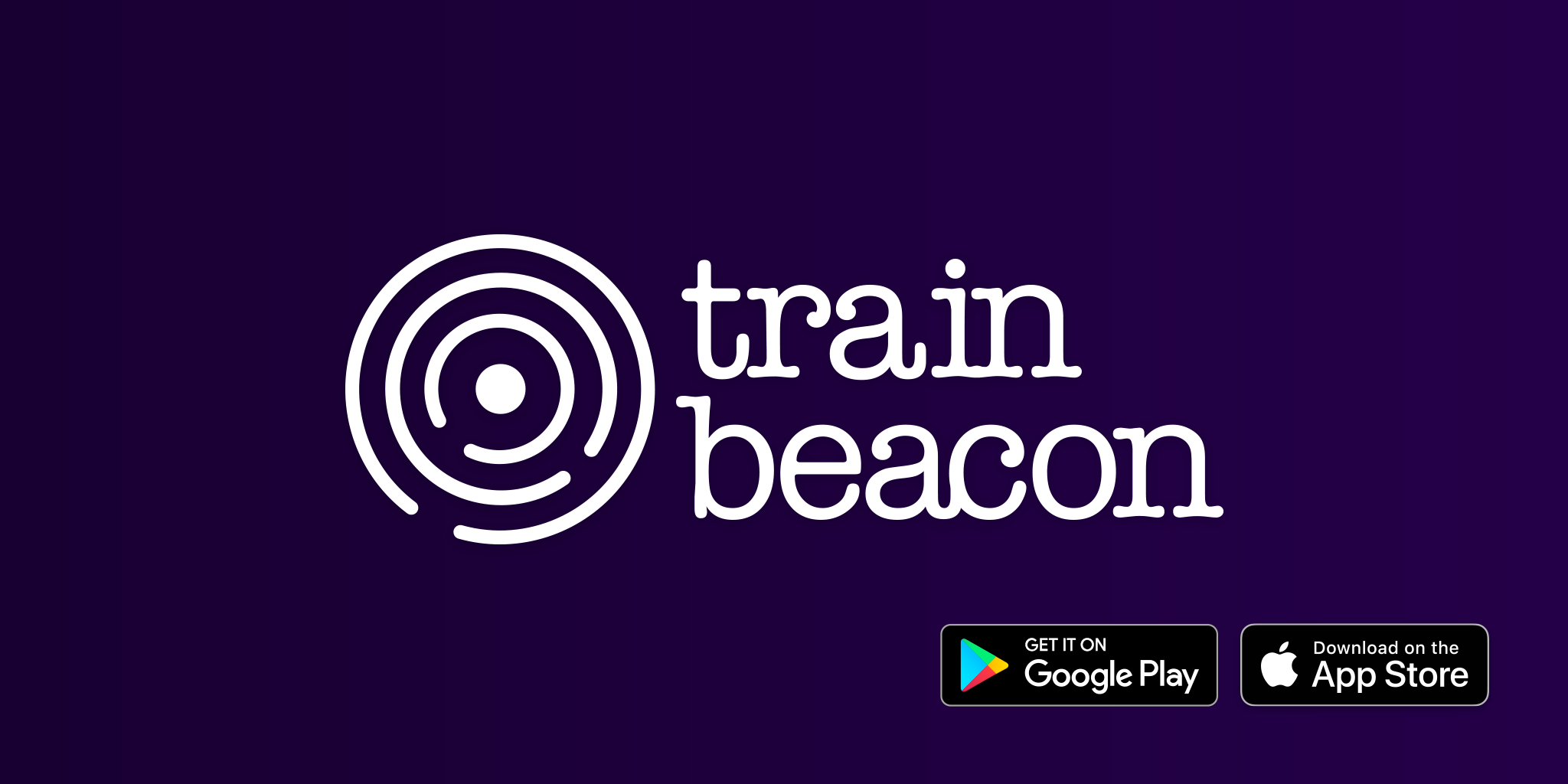 What is the app called?

Train Beacon, because when you are at a UK train station, you simply point your phone in the direction that the track is running and it shows the next trains as ‘beacons’ on screen, in augmented reality (AR). Train Beacon is available on the iOS App Store here and also available on Android on the Google Play Store here.

Who is it for?

It’s for people who are wondering where the train they are planning on getting is currently geographically located. Train Beacon covers main-line trains in England, Scotland and Wales. It doesn't currently cover Northern Ireland or London Underground.

What does it do better?

It uses the latest available train data from a real-time feed from National Rail Enquiries to provide the user with an estimate of the location of UK trains. It provides more precise information than most other train apps, which merely might state that a train is currently located somewhere between 2 stations. It shows more detailed passing points than most other train apps, so for example, it can show the user that a train has passed a specific junction, and not just a specific station.

It shows the user the estimated location and estimated distance away of the train in augmented reality, which is a more immersive and intuitive way of receiving information. The user can just point their phone at the tracks in the rough approximate direction of approaching trains and it will show them the trains which stop at the nearest station on their screen.

The app aims to solve the problem of identifying where a train is geographically located and I believe that this hasn’t been adequately solved by the apps that just provide a list of calling points and times. It also provides cancellation and delay reasons where provided by the operator and up to date real-time train times.

Why do I (and my readers) care?

Rail users are often unsatisfied with the amount of information available. The UK has detailed open train data, and this app interprets it and communicates it to users in an easy to use, immersive manner.

See images and video at http://www.trainbeacon.co.uk/press

How much is it?

Train Beacon is available on the Apple App Store here and the Google Play Store here for just £0.99

Where can I get more information?

More information is available on the website www.trainbeacon.co.uk or please email chris@mobileappz.co.uk

Train Beacon was very kindly reviewed by Nodrog on Youtube. You can find his excellent channel with Railway News & Exploration here. The video is below.